'Pub with no beer' from Slim Dusty song for sale in Queensland
Your location:SYDNEY
Your web browser is no longer supported. To improve your experience update it here 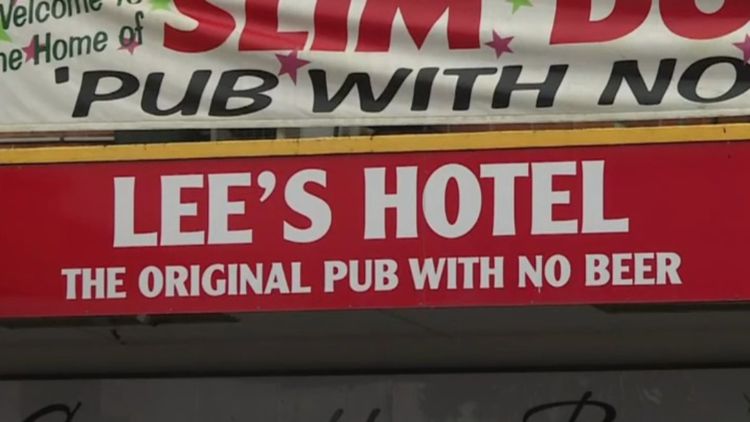 A once-in-a-generation chance to own a piece of Australian history is here - but it'll set you back a bit in beer money.
Lee's Hotel in Ingham, Queensland, was immortalised as the "pub with no beer" in country legend Slim Dusty's song of the same name, and now it's up for sale for the first time in 50 years.
And it's long since rectified its famous problem, with publican Glen Connell pouring a schooner on Today.
LIVE UPDATES: NSW residents asked to 'reconsider' Melbourne trips
READ MORE: Entire town for sale for just $340,000
"We definitely have plenty of beer here," he said.
The pub was known as the Day Dawn Hotel when, in December 1943, US troops on the way to Port Moresby stopped for the night in Ingham and drank the cellars dry.
The following day, sugarcane farmer and poet Dan Sheahan made the 30km horseback trip into town for a refreshment, only to be told the pub was out of the good stuff.
READ MORE: Enormous mansion sells for same price as Sydney apartment
Glumly, Mr Sheahan ordered a glass of red, and sitting in the bar, was inspired by his doleful circumstances to write the poem that, years later, would become one of Slim Dusty's biggest hits.
Mr Sheahan was acknowledged as the author of the original poem when Slim visited Ingham, and the pair went on to work together on several other songs.
The Day Dawn Hotel was replaced by Lee's Hotel in 1960, just three years after A Pub With No Beer was released as a song.
And now, Mr Connell said, he was ready to move on and hand over custody to the next person who "wants to look after the story" - for the right price.
"Makes grown men write poems, and people write hit songs about it, so you put a price on that," Mr Connell said. 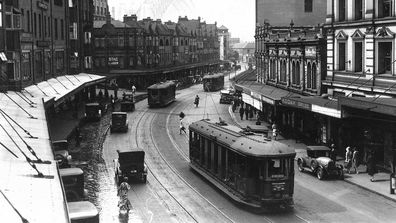 What our Aussie cities used to look like
View Gallery
Tourism Brokers are handling the sale, and have listed the property to be sold freehold for $3.485 million.
CONTACT US

Send your photos, videos and stories to 9News contact@9news.com.au

TODAY IN HISTORY: North Korean pilot lands priceless jet at US base

iPhone 13 review: An incremental upgrade with a stunning camera trick